Our team consists of professionals who have diverse business backgrounds, making them experienced and resourceful problem-solvers. They can help you assess the opportunities and risks of every real estate transaction and have experience negotiating and closing complex deals. Our entire team is dedicated to providing personal, attentive service, and will advocate for you every step of the way.

Barry’s experience in leasing, lending, borrowing, development, operation, and syndication has varied from representing clients in large public debt offerings, to sales and purchases of real estate projects, development of numerous apartment projects, leasing of office buildings and shopping centers, and lender and borrower representation in all types of mortgage loans.

Barry began his legal career at Baker & Daniels, moved to Klineman Rose Wolf & Wallack (where he was managing partner) and then to Wallack & Wallack before becoming a Co-Founding Partner of Wallack Somers & Haas in 1999. His areas of concentration include real estate acquisition, development, leasing and financing, secured real estate lending, and business transactions. Those who know Barry well know that he is never late to a meeting and never misses a deadline. He takes pride in being business oriented, getting quickly to the heart of issues and finding reasonable solutions to resolve those issues.

Outside of work, Barry is a serious racquetball, hiking and travel enthusiast. In fact, he has enjoyed touring over 40 countries and literally takes hiking to a new level, ascending the Inca Trail multiple times and even taking on Mt. Kilimanjaro!

As a co-founder of Wallack Somers & Haas, Michael brings substantial experience to his advisory role with real estate and other business clients. Michael began his legal career at Klineman Rose Wolf & Wallack before co-founding Wallack & Wallack and then Wallack Somers & Haas in 1999. He currently serves as in house General Counsel to a Carmel-based software development company.

Michael has served as the lead attorney for a variety of notable projects including the conversion of the downtown Indianapolis bus station to the headquarters of the Indiana Department of Education. He has been involved in numerous corporate transactions, including corporate acquisitions. As counsel to both landlords and tenants, he has been the responsible attorney for several major office building projects and has extensive experience in leasing and landlord-tenant disputes. Michael has represented commercial lenders in both real estate and business financing matters, and has served as lead counsel for commercial litigation matters, including general business disputes, shareholder actions, mechanic’s lien litigation, environmental litigation, and collections. He has also been involved with retail development, dispositions, and financing. His experience encompasses the areas of estate planning, trademarks, and rights of publicity as well.

An experienced commercial real estate attorney, George advises his clients in the areas of real estate acquisition, development, leasing and financing. He has served as lead attorney for numerous shopping center, office building, and hotel/convention center development and acquisition projects, as well as various public/private redevelopments.

Prior to co-founding Wallack Somers & Haas in 1999, George was a partner with Baker & Daniels. With more than 40 years of concentrated experience in all types of real estate, he provides counsel primarily to real estate developers and investors.

When away from the office, George and his wife enjoy travelling, especially throughout Europe and Southeast Asia. 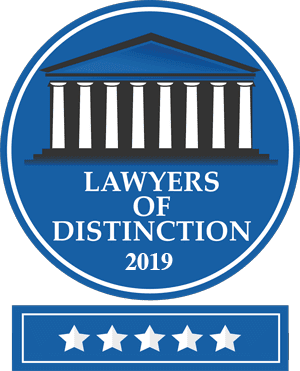 Harry concentrates his practice in the areas of acquisition, development, leasing, financing and disposition of projects in the office, retail, commercial, industrial, multi-family and agricultural real estate sectors. An additional area of his practice is advising owners of cemeteries and funeral homes throughout the country on legal issues relating to their industry, including mergers and acquisitions, financing, funeral home development, regulatory compliance and trusting requirements. Harry also has experience representing members of the hospitality industry in real estate matters, acquisitions, contract review and negotiations, and other business issues.

Prior to joining Wallack Somers & Haas in 2010, Harry was a partner with Bose McKinney & Evans LLP and served as General Counsel for Gibraltar Properties, Inc., a real estate development company that owned and managed office buildings, shopping centers and apartment complexes. From 1991-1995, he served as General Counsel to Gibraltar Mausoleum Corporation, then the largest privately held company in the death care industry.

Married with four sons, Harry can often be found competing on the basketball or tennis court and is also an avid marathon runner. If you could use a few tips on upping your game, Harry was a former basketball and soccer coach as well.

Ryan applies a solutions-oriented approach to often-difficult real estate issues, along with a sharp focus on getting the deal done. He cites collaboration and personal, prompt attention to client needs as hallmarks of his services. Ryan balances work with time spent at home in Indianapolis, where he and his wife are kept on their toes by their five active children.

Adam joined Wallack Somers & Haas in 2016 with a diverse background focusing on public-private partnerships, municipal projects, economic incentives, nonprofit consulting and traditional real estate transactions. Prior to joining the firm, he spent eight years in the administration of Indianapolis Mayor Greg Ballard, including serving as Deputy Mayor for Economic Development, where he was responsible for overseeing the City’s economic incentive and real estate development portfolio. During that time, he was involved in the identification, negotiation, financial structuring, and advocacy of municipal investment in over $1.1 billion in public-private projects.

Adam also led the team that negotiated the largest social infrastructure public works project in the country at the time. A $475 million construction project, the proposed public-private partnership included over $1 billion in operating payments to be made over the agreement’s 30-year term. He also has significant experience with a variety of different delivery methods for the procurement of public works projects, including Build Operate Transfer agreements.

Adam has broad-based experience in negotiating and structuring incentives for companies and development projects. At Wallack Somers & Haas, he has worked with developers, municipalities, and non-profits, including charter schools, to creatively structure and finance a variety of mixed-use, multi-family, commercial, and industrial real estate projects that have a strong transformative impact on their communities.

Having sat on the client’s side of the table, Adam strives to bring that perspective to every real estate transaction. A boxing enthusiast with an amateur match under his belt, his clients know that Adam will also fight for their best business interests in every phase of their project.

Katie has extensive experience handling every aspect of commercial real estate transactions. She has facilitated property sales and acquisitions across the country, from due diligence through development; and has negotiated leases on behalf of local, regional, and national institutions. Katie also brings clients a unique perspective gained from her past experience handling real estate litigation.

Katie began her practice in 2007 at Bose McKinney & Evans, and subsequently served as counsel for a real estate development company specializing in healthcare facilities. During her time in-house, Katie both advised the transactional side of the business and responded to company-wide litigation. Katie’s work is marked by a positive, consensus-building effectiveness. She tirelessly represents the interests of her clients while building amicable relationships with decision-makers on all sides of the table.

When not at work, Katie enjoys nothing more than spending time with her two young children, Lucy and Henry, her husband, Aaron, and her extended (largely Irish!) family.

Christina began working for Wallack Somers & Haas in 2005. She had previously served as a sales meeting leader with J&L Marketing, a role which involved organizing and leading sales meetings and PR events, and gathering and analyzing data for clients. The strong foundation of skills Christina brought to Wallack Somers & Haas have made her an invaluable addition to our team. Here, she provides client support services that include drafting conveyance documents, conducting due diligence review, assisting with closings, and handling billing, client files, and State and Federal filings.

Christina and her husband have two young children, Alex and Della, and two dogs, Toullie and IndyCara. Being huge sports and race fans makes Indianapolis the perfect city for them…they never miss an Indy 500 and love having friends over to enjoy a game.

Renda joined Wallack Somers & Haas in 2016 after serving as an Account/Project Manager in the advertising business for over 30 years. During her career in advertising, Renda worked with a wide range of prominent, Indiana-based clients including Jenn-Air appliances, the Indiana Pacers, Indiana Fever, The Westin Hotel and Bryant/Carrier. Her attention to detail and outstanding organizational skills have been a valuable addition to every client she works with here, and she has enjoyed the change of pace and perspective created by the combination of law and real estate at Wallack Somers & Haas.

Outside of the office, Renda and her family enjoy spending time outside! Huge skiing, hiking and camping enthusiasts, Renda, her husband Steve, and their three boys have made exploring the Rocky Mountains their “go-to” escape for many years.

As a founding partner of Wallack Somers & Haas, Karl Haas was integral to the culture and success of our firm. Highly respected for his influence in the local real estate community, Karl represented developers, lenders, equity investors, and municipal agencies in a broad range of central Indiana real estate projects. His legacy includes such notable landmarks as the Conseco Fieldhouse, the Circle Centre Mall, the Murat Centre Theater, the Naval Air Warfare Center Privatization, the Carmel City Center, the Anthem Operations Center, the Thomson Consumer Electronics Headquarters for the Americas, the Palladium, the Indianapolis Market East District, CityWay and numerous multi-family, office, and industrial parks and projects.

He served as the responsible attorney on a variety of real estate projects for construction and permanent financing, leasing, and other matters. He also provided counsel regarding purchasing, selling, and leasing of undeveloped and improved properties; reciprocal use agreements; and other coordinated development arrangements. Karl began his legal career at Baker & Daniels (Associate 1985-1991; Partner 1992-1999) before co-founding Wallack Somers & Haas in 1999.

Karl was not only a partner at Wallack Somers & Haas, but also a dear friend and mentor. He is truly missed by his family, friends, coworkers, and the real estate community.